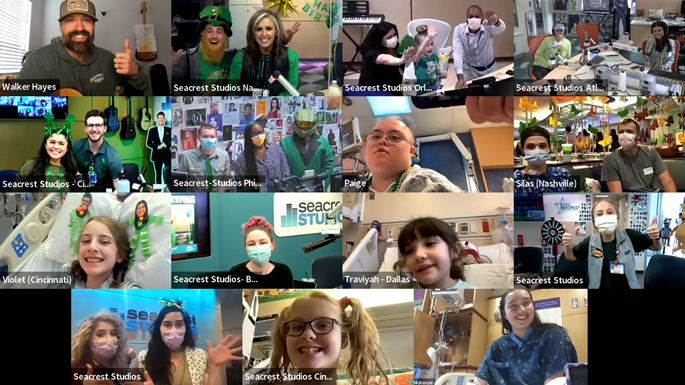 It was a Shamrockin’ Good Time (the theme of this year’s birthday festivities) as Seacrest Studios at Monroe Carell Jr. Children’s Hospital at Vanderbilt celebrated six years of providing programming for pediatric patients. 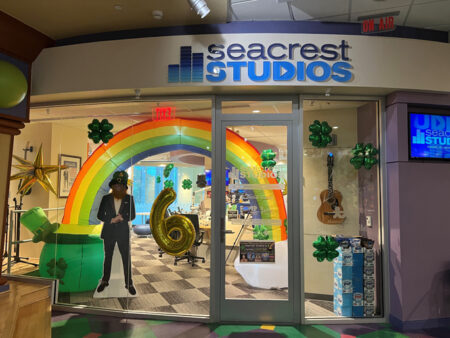 Opened in 2016, the studio is the 10th broadcast media center the Ryan Seacrest Foundation has opened inside a pediatric hospital. The studio enables patients to explore the creative realms of radio, television and new media that can aid in the healing process for children and families during a visit to or stay in the hospital.

Patients from Monroe Carell Jr. Children’s Hospital at Vanderbilt and seven other Seacrest Studios locations in Orlando, Atlanta, Cincinnati, Philadelphia, Boston, Dallas and Washington D.C. took a selfie from a virtual visit with country star Walker Hayes as part of the celebration. The studio hosted the event that invited patients from across the country to ask the singer/songwriter questions and listen in as he performed his hit song, “Fancy Like.”