Dr. Jeff Balser, President and CEO of VUMC, commented, “Over the past three years, Stuart has shown us the importance of harmonizing our engagement activities, ranging from internal and external marketing and communications to philanthropy. Since the establishment of the Office of Engagement last year, he has introduced an impressive array of key influencers to VUMC, leading us to entirely new opportunities.  In support of his continued leadership, we are expanding his role to oversee our Strategic Marketing Department, while continuing to oversee VUMC’s engagement activities with Development, News & Communications, Human Resources, and other key stakeholders throughout the Medical Center.” 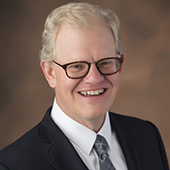 Dill’s immediate focus will be to meet with institutional stakeholders and evaluate our existing and future marketing strategies, to build a more cohesive and streamlined approach to our overall institutional marketing objectives. Dill will continue to report to VUMC’s Chief Operating Officer and Corporate Chief of Staff, Dr. John Manning.

Since joining VUMC in 2015 in the Office of Development, Dill has strengthened the Medical Center’s relationship with the entertainment community. Highlights include the opening of the Seacrest Studios at Monroe Carell Jr. Children’s Hospital at Vanderbilt, and engagement activities that have yielded several major gifts from Music Row toward the Growing to New Heights fundraising campaign supporting the addition of four floors of new space at Children’s. Dill envisioned the Children’s Hospital “Walk of Champions” in which Dierks Bentley was the first honoree, and has engaged many other high profile participants in various VUMC programs and activities such as the quarterly Leadership Assemblies.

Prior to joining VUMC, Dill was a 30-year music industry veteran, serving as an artist manager on Nashville’s Music Row. During his career in the entertainment industry he managed artists including Minnie Pearl, Freddy Fender, Dwight Yoakam, Jo Dee Messina, Rodney Crowell, The Wreckers, Sister Hazel, Laura Bell Bundy, Point of Grace, Billy Ray Cyrus, and many others. He also authored the novel, “Murder on Music Row,” that won the Independent Book Publishers (IPPY) Award’s Gold Medal in 2012.

Originally from Mobile, Alabama, and a graduate of The American University in Washington, D.C., Dill has been a resident of Nashville since 1984 and is founder of Dill Management Group. He began his career in Nashville penning comic material for Minnie Pearl, Ray Stevens and Jerry Clower. He has also been involved in organizing several music festivals including WestFest, Texas LIVE and Country Gold and was co-creator of the Music & Miracles Superfest. He is a longtime member of the Country Music Association (CMA), the Academy of Country Music (ACM), and Leadership Music.  Dill has been married to Maral Missirian-Dill for 32 years and together they have two grown children.