Beginning this month, researchers from Vanderbilt University Medical Center and the University of Vermont are launching a study to examine whether cognitive changes that occur at menopause for some women are related to an increased risk for Alzheimer’s disease.

The study, supported by more than $7 million in funding from the National Institute on Aging, will look at biological, brain and memory changes in normal postmenopausal women to determine whether they may be connected to abnormal aging patterns later in life.

If these cognitive changes are found to influence a woman’s risk for cognitive decline, the results could help explain why the prevalence of Alzheimer’s disease is higher in women than in men. It could also lead to sex-specific prevention and treatment strategies. 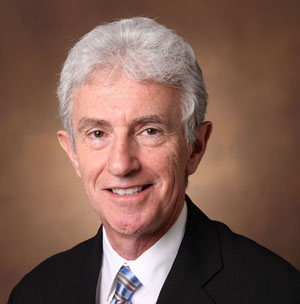 “To understand the risk for Alzheimer’s disease in older women, we have to start in middle age, and we need to look at menopause as a critical event for how it interacts with age effects on brain structure and function,” said Paul Newhouse, MD, director of VUMC’s Center for Cognitive Medicine and co-principal investigator for the study.

Preclinical studies have shown that estrogen — a hormone produced by the ovaries that is made in significantly less quantities following menopause — is necessary for normal functioning of the cholinergic system, a brain system involved in cognitive processing. When estrogen is withdrawn, it can lead to a dysfunction in the cholinergic system, resulting in cognitive impairment.

Newhouse’s team hypothesizes that women with a healthy cholinergic system can compensate for the effects of the menopausal hormone change on brain functioning. However, if this system is not intact in middle age or if the brain shows early evidence of changes that are seen in Alzheimer’s disease, a woman’s risk of late-life cognitive impairment or dementia may increase.

The results of this study will help identify individual factors associated with cognitive performance changes after menopause and their relationship to structural, functional and biomarker evidence of risk for cognitive impairment or Alzheimer’s disease later in life. This information could help improve personalized mitigation strategies — such as hormonal treatments, medication, cognitive remediation therapy and lifestyle approaches — for women at higher risk.

This research is supported by grant AG066159.